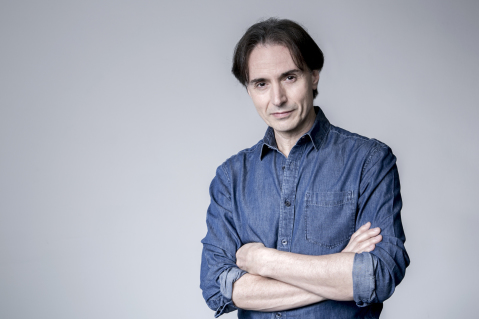 His dance career, ballet soloist since 18 yrs old, started in Städtische Bühne Hagen, Germany, culminating in the Royal Ballet of Flanders (Belgium) under the direction of Madame Brabants and later with Valeri Panov. With the company he danced key roles of ballets by leading choreographers like: Jiri Kyliam, Nils Christie, Valery Panov, John Butler, Frederick Ashton and AgnesDeMille, performing in Europe, United States and Asia.

In 1989 he returned to Barcelona with his wife, Irene Sabas, also Royal Ballet of Flanders soloist to start a project company Ballet David Campos with the aim to foment ballet in his home city. 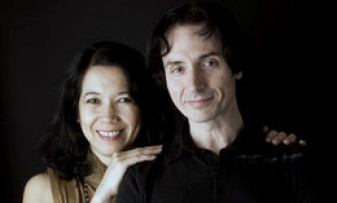 The project company right away gained ground to establish itself as one of the most recognized and acclaimed professional dance projects of Catalunya, and Spain, opening doors for the ballet, performing in various towns and venues all over the country, and internationally.

With the company, Campos was able to develop his choreographic ideas, developing his unique style of movement and modern visual conception, strongly based on the rigorous classical technique of his dancers combined with new tendencies.

Since 2004, having gained residence in Teatro Sagarra, Barcelona, Campos has created an original repertory of new choreographies. He has created comprehensive revisions of full-length ballets, such as his own versions of the Nutcracker, Petrushka, The Sleeping Beauty, Don Quixote, and lately, Giselle. Campos continues to explore new movements and innovation for the classic idiom, such as in: Rock Requiem (music Metallica), Carmina Burana (Orff), The Mask of the Red Death based on Allan Poe´s story with the music of the Finnish rock group Apocalyptica, and works created on original musical compositions such as: The Key of Jazz, Turn Me On with a collaboration with the Virus String Quartet , and Eurasia, a multicultural reflexion through dance between two giant continents  Asia and Europe, amongst other works. (See Reviews).

Meanwhile, besides company activity and creativity, Campos and Sabas founded their own dance center and school in Barcelona (Escola Ballet David Campos) specializing in classical dance, initiating pre-professional and professional dance courses. The school has produced outstanding students, one of whom is Aleix Martinez, Gold Medallist in the prestigious Prix de Lausanne (Switzerland) Competition in 2008, among others.